Loading...
Skip to content
Trending
Lovina Borgohain to be appointed as A DSP- Assam cabinet
16 Killed In a Road Accident In Nadia, West Bengal
Bollywood Actor Sanjay Dutt Will Be The Brand Ambassador Of Arunachal Pradesh
New Important Updates for Assam HS Students: 2021-22 session
Deadly Fire Breaks Out In Margherita’s Dibong Fakiyal Burning Down A House
CM Himanta Biswa Sarma declared Bodo language to be introduced for Class XI, XII in selected schools in Assam: Know here!
Lakhs of rupees seized from the house of a dried fish seller in Ledo
Mandatory use of INDIAN MUSIC as vehicle horn be made a law: Nitin Gadkari
AHSEC 2021-22: New updates on Final Year Examination
Sahara India Office of Digboi Branch in CHAOS: Customers demanding their MONEY!
Home » A Man Arrested For Carrying Pistol And Drugs During Dashami In Rangia 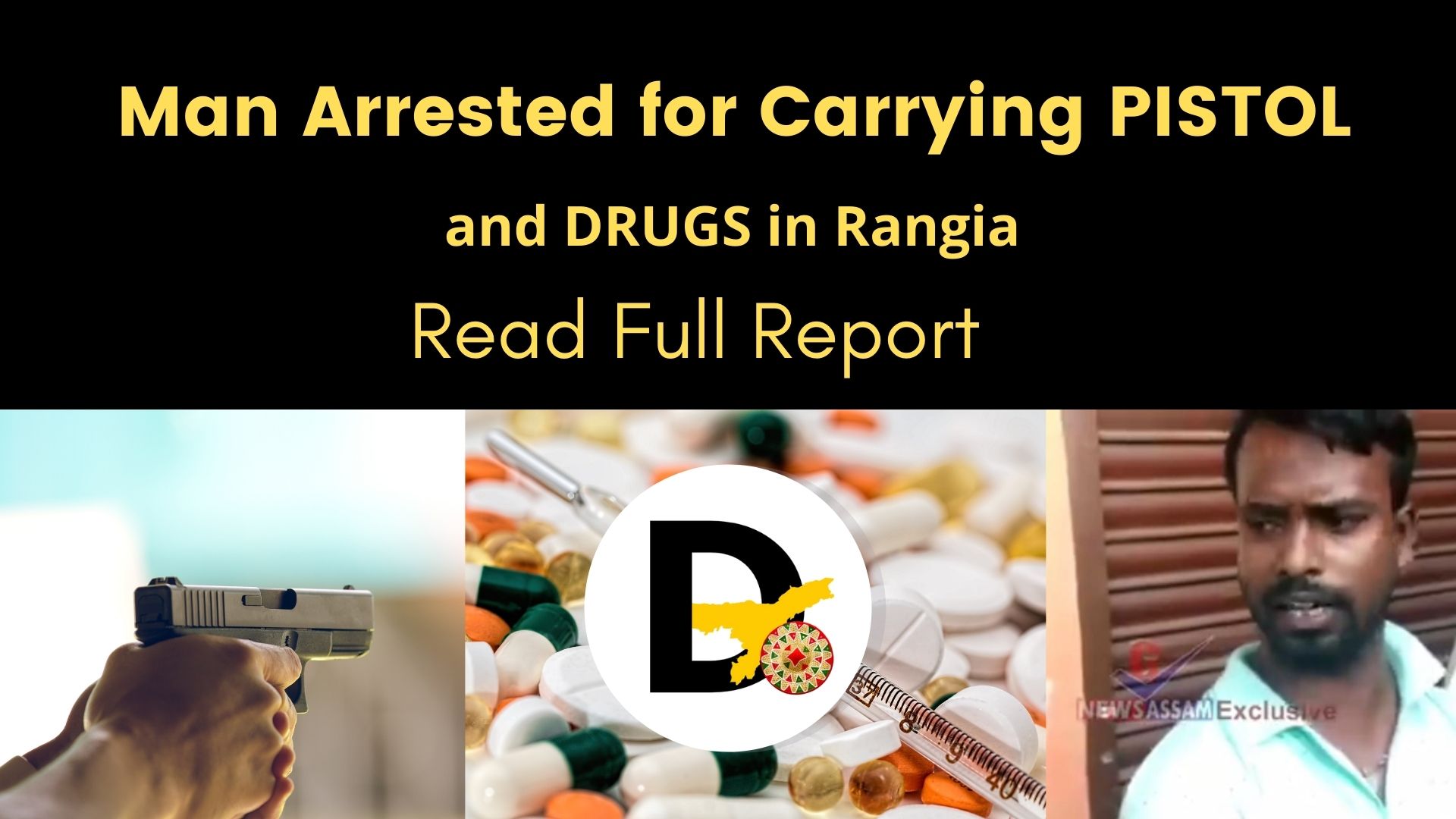 On the auspicious occasion of Bijaya Dashami, 15th October 2021, a man was caught by police officers in-charge for carrying pistols and drugs inside the tool box of a hero splendor bike in Rangia.

The man was identified as Jiyarul Haque. As a pistol and drugs were found from the suspect so the police officers conducted a marathon interrogation of the matter. When asked about his whereabouts and from where he got the drugs he couldn’t answer properly. When he was asked how he appeared here, he said that a friend of his, named Pappu, came together with him for some work related to aadhar card and that friend brought him there but slacked off as soon as he got caught and couldn’t be found anywhere.

When the reporters asked him if he takes drugs then he said ” I don’t take pan masala, cigarette, tobacco leaves, bettle nuts, nothing, but I just take DRUGS.”

After a little bit of investigation it was found that the man was under the influence of the drugs and also said that the pistol and the drugs were not his rather it was someone else’s which was inside his bike of which he was totally unaware of and the police came for investigation.

When asked if he knew who was the one who put these things inside his bike then he said that he had an enemy who always created trouble for him and he was the one who might have put the things inside the bike at night as the bike was kept outside. He said that his bike was old and can be opened with any key so someone must have framed him and put those things and made him the scapegoat.  He also said that his enemy warned him that he would spend 10 lakhs rupees to destroy him.

From the statement of the suspect it was suspected that he was not sober and a deep investigation must be done to find out the origin of the gun as well as the source through which he gets the drugs for intake.