Loading...
Skip to content
Trending
Lovina Borgohain to be appointed as A DSP- Assam cabinet
16 Killed In a Road Accident In Nadia, West Bengal
Bollywood Actor Sanjay Dutt Will Be The Brand Ambassador Of Arunachal Pradesh
New Important Updates for Assam HS Students: 2021-22 session
Deadly Fire Breaks Out In Margherita’s Dibong Fakiyal Burning Down A House
CM Himanta Biswa Sarma declared Bodo language to be introduced for Class XI, XII in selected schools in Assam: Know here!
Lakhs of rupees seized from the house of a dried fish seller in Ledo
Mandatory use of INDIAN MUSIC as vehicle horn be made a law: Nitin Gadkari
AHSEC 2021-22: New updates on Final Year Examination
Sahara India Office of Digboi Branch in CHAOS: Customers demanding their MONEY!
Home » Ceasefire agreement with three Naga insurgent groups extended till 2023 by the Centre: Know here! 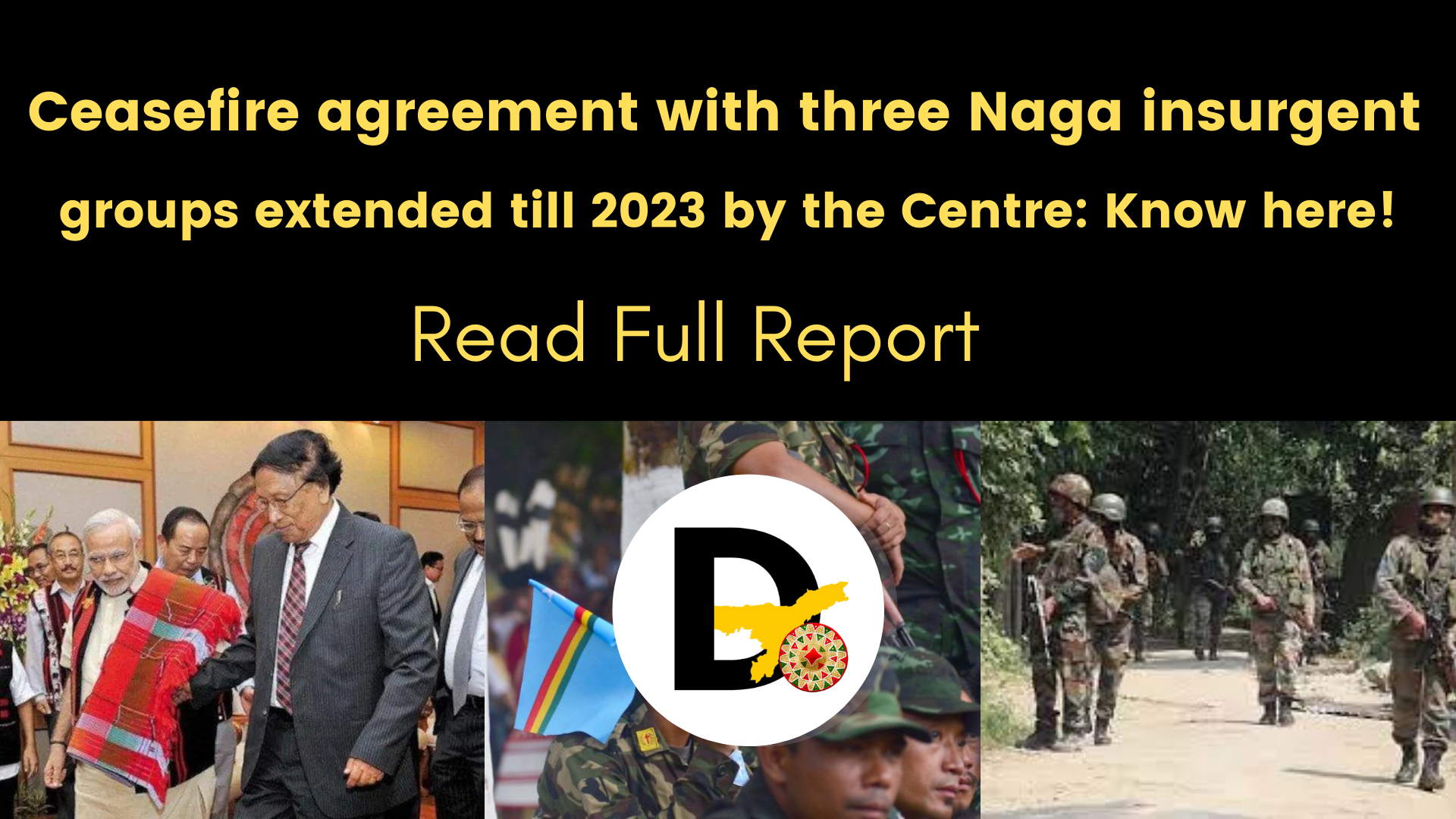 The Home Ministry stated that the ceasefire agreement in operation with NSCN/NK (National Socialist Council of Nagaland/Neopao Konyak), NSCN/R (National Socialist Council of Nagaland /Reformation) and NSCN/K-Khango has been extended for the period of one year. The new period of agreement with NSCN/NK and NSCN/R will be effective from 28 April 2022 and will remain effective till 27 April 2023 as informed by the ministry while the agreement with NSCN/K-Khango will be effective from 18 April 2022 to 17 April 2023.

As per the statement released on Wednesday, all these agreements with three insurgent groups were signed on Tuesday 19 April 2022. Earlier in September last year, the government entered into a ceasefire agreement with another Naga insurgent organization NSCN (K) led by Niki Sumi for one year period. Upon that agreement, the Ministry said that this major initiative is successful in fulfilling PM Modi’s vision of insurgency-free and prosperous northeast. Moreover, the initiative is a major boost to the process of Naga peace under the guidance of Union Home Minister Amit Shah.

In August 2015, the centre consented to a structure arrangement with a major Naga group known as NSCN-IM in the presence of Prime Minister Narendra Modi. The arrangement came following a range of 18 years after 90 levels of negotiation then the principal advancement was made in the year 1997. In 1997, the truce understanding was fixed following quite a while of revolt activities in the northeastern state of Nagaland that began in 1947 after the freedom of the country.