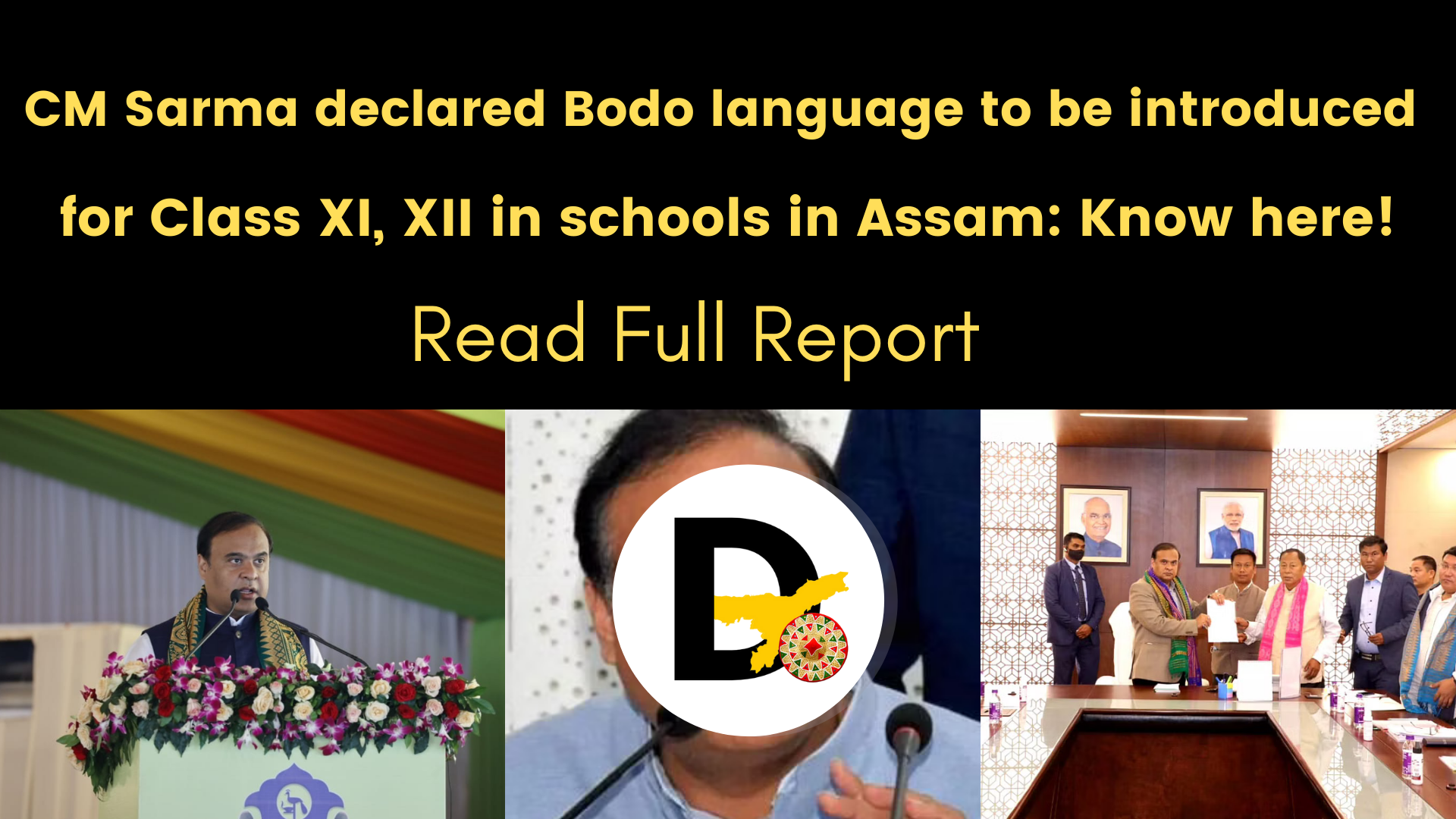 Cheif Minister Himanta Biswa Sarma on Wednesday 4th May 2022 announced that Bodo language will be introduced in Class XI and XII in selected schools of Assam. The statement was made by the Cheif Minister while talking at the 61st yearly gathering of the Bodo Sahitya Sabha in Tamulpur, Assam.

CM Sarma expressed the Bodo language has taken on another structure while addressing the Bodo Sahitya Sabha, which was additionally attended by President Ram Nath Kovind. The language has advanced and is presently more evolved.

The cheif Minister additionally declared a Rs. 50 lakh award for the development of a theater in the Bodo tribe’s districts.

The Bodo Sahitya Sabha’s three-day gathering started on May 2. The Assam government has conceded state government representatives casual leave to go to the gathering in Kachubari, Tamulpur, in the Bodoland Territorial Region, which borders Bhutan and West Bengal.