Loading...
Skip to content
Trending
Lovina Borgohain to be appointed as A DSP- Assam cabinet
16 Killed In a Road Accident In Nadia, West Bengal
Bollywood Actor Sanjay Dutt Will Be The Brand Ambassador Of Arunachal Pradesh
New Important Updates for Assam HS Students: 2021-22 session
Deadly Fire Breaks Out In Margherita’s Dibong Fakiyal Burning Down A House
CM Himanta Biswa Sarma declared Bodo language to be introduced for Class XI, XII in selected schools in Assam: Know here!
Lakhs of rupees seized from the house of a dried fish seller in Ledo
Mandatory use of INDIAN MUSIC as vehicle horn be made a law: Nitin Gadkari
AHSEC 2021-22: New updates on Final Year Examination
Sahara India Office of Digboi Branch in CHAOS: Customers demanding their MONEY!
Home » Discussion between Chowna Mein and Ashwinni Vaishnaw for railway projects in Arunachal Pradesh: know here! 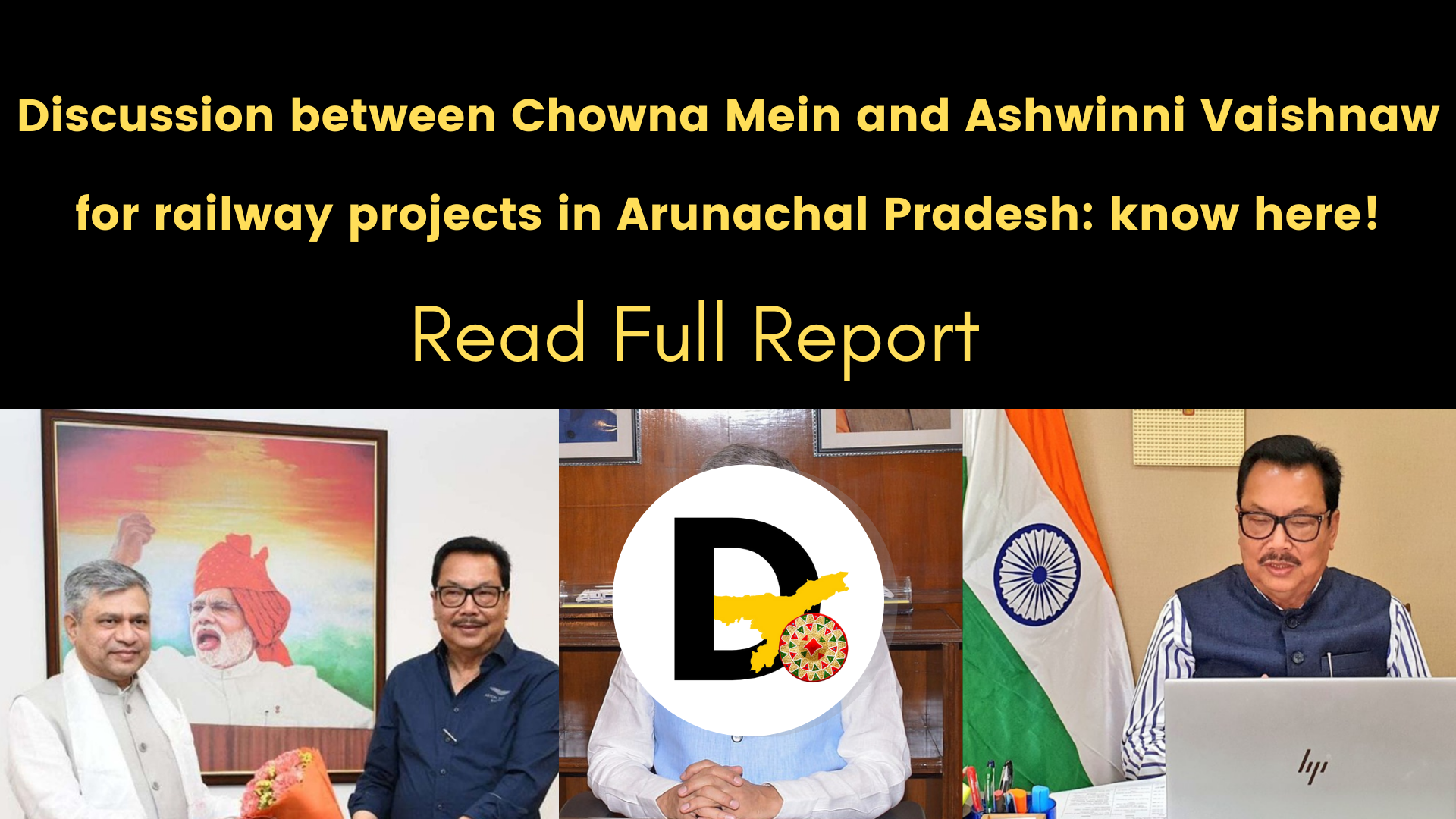 Deputy Chief Minister, Chowna Mein have approached to Union Minister for Railways, Ashwini Vaishnaw at his Rail Bhawan Office in New Delhi on 26th April 2022, to examine about the rail route projects in Arunachal Pradesh.

Pressing for the project to begin early, he said that the essential line of Pasighat-Tezu-Rupai of 217 kms will reform the correspondence network in eastern Arunachal Pradesh and will likewise facilitate movement of defence forces to the border areas. He had also mentioned the Union Minister to start Rupai to Parshuramkund railroad line all the while saying that the stretch of 90 km out of 217 km of Pasighat-Tezu-Parshuramkund-Rupai will be a lot more straightforward as this part falls in the plains.

In addition, there is rail route line upto Rupai and a Holi journey site at Parshuramkund in Lohit District is visited by lakhs of explorers consistently. The rail route project once finished will upgrade travelers’ inflow to the sacred spot other than working with the explorers’ excursion, he added. He further advised that the Final Location Survey of Rupai to Parshuramkund railroad line has previously been finished.

The Union Minister has guaranteed to actually take up the matter for No Objection Certificate for the rail route projects in Arunachal Pradesh with the Defense Ministry.