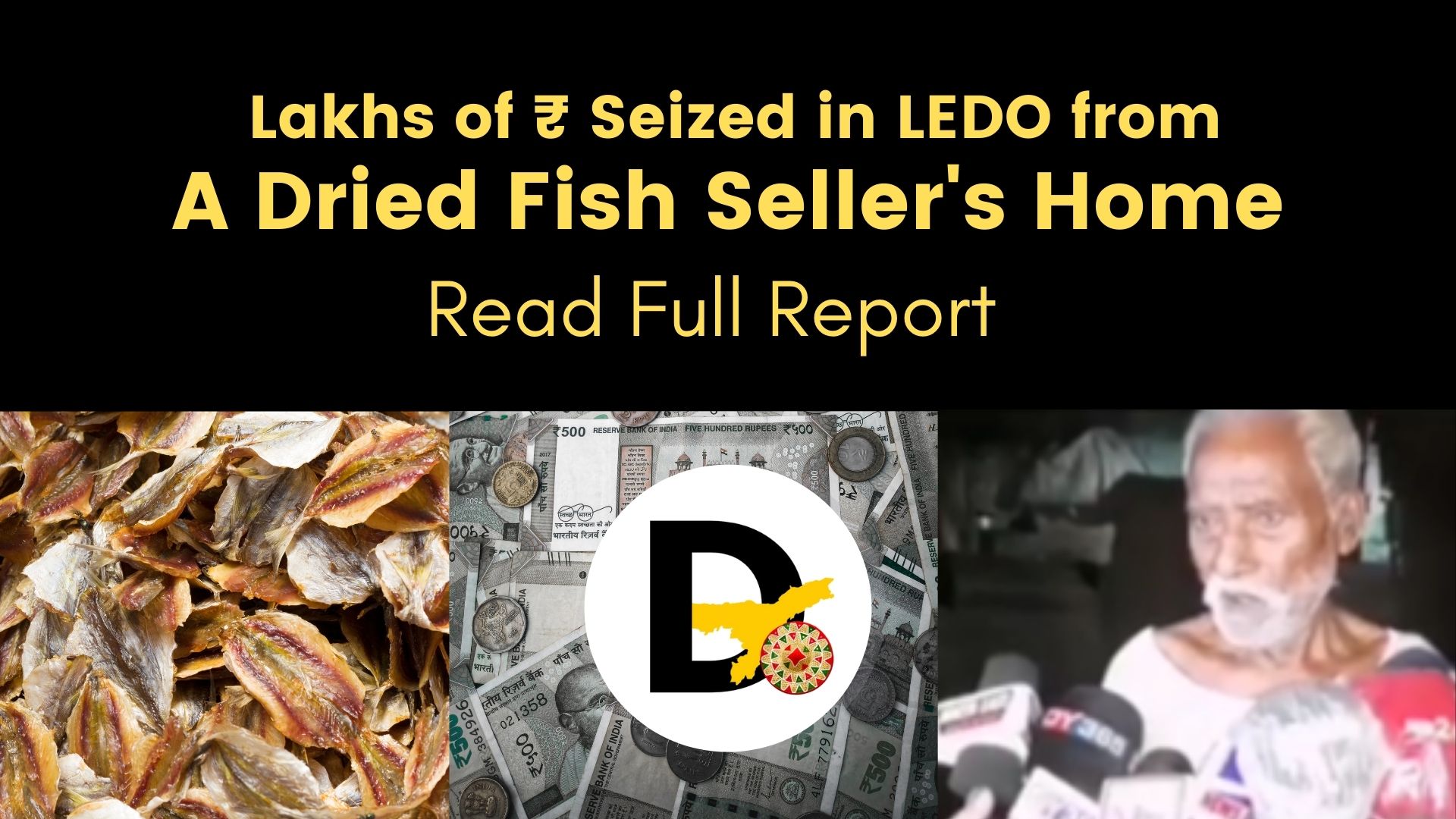 A large sum of money was seized from the house of a dried fish seller Jagdish Chauhan residing in Ledo by some army officers on 4th October 2021.

When media reporters questioned Mr. Jagdish about the cash seized he said ” Checking was done and they got nothing except for my money.” When asked about the amount and how he earned it, he said “There was 49 lakh 50,000 cash and I earned it by selling dried fish from 1952 for the construction of his house.” When asked about his connections with ULFA, he readily denied it and also added that he had debts to cover too.

The Rajput Rifles Officers and Police Officers who seized the money didn’t mention about the source and the reason of the money being kept at home. The money earned is either from legal or illegal business will be know after the complete investigation of the matter.

It was found that Jagdish Chauhan has one ration shop and two dried fish shop from which he claimed of earning the large sum of money. The officers got information that the person had some connections with ULFA and was involved in a case before. As a large amount of cash was found and the reason of the cash kept in his house was unknown along with accusations of him being connected to ULFA was found so he is being sustained in Ledo Police station for further enquiry.

When media asked Mr Jagdish’s subordinate and worker about the matter and connections with drug dealers as well as a case from 12 years ago he denied all the questions and said they had no connections with drugs and was not aware of the previous case. They both denied about being connected with ULFA and the drug dealers and the money found was meant for constructions but the truth is yet to be found after deep investigation on the matter.