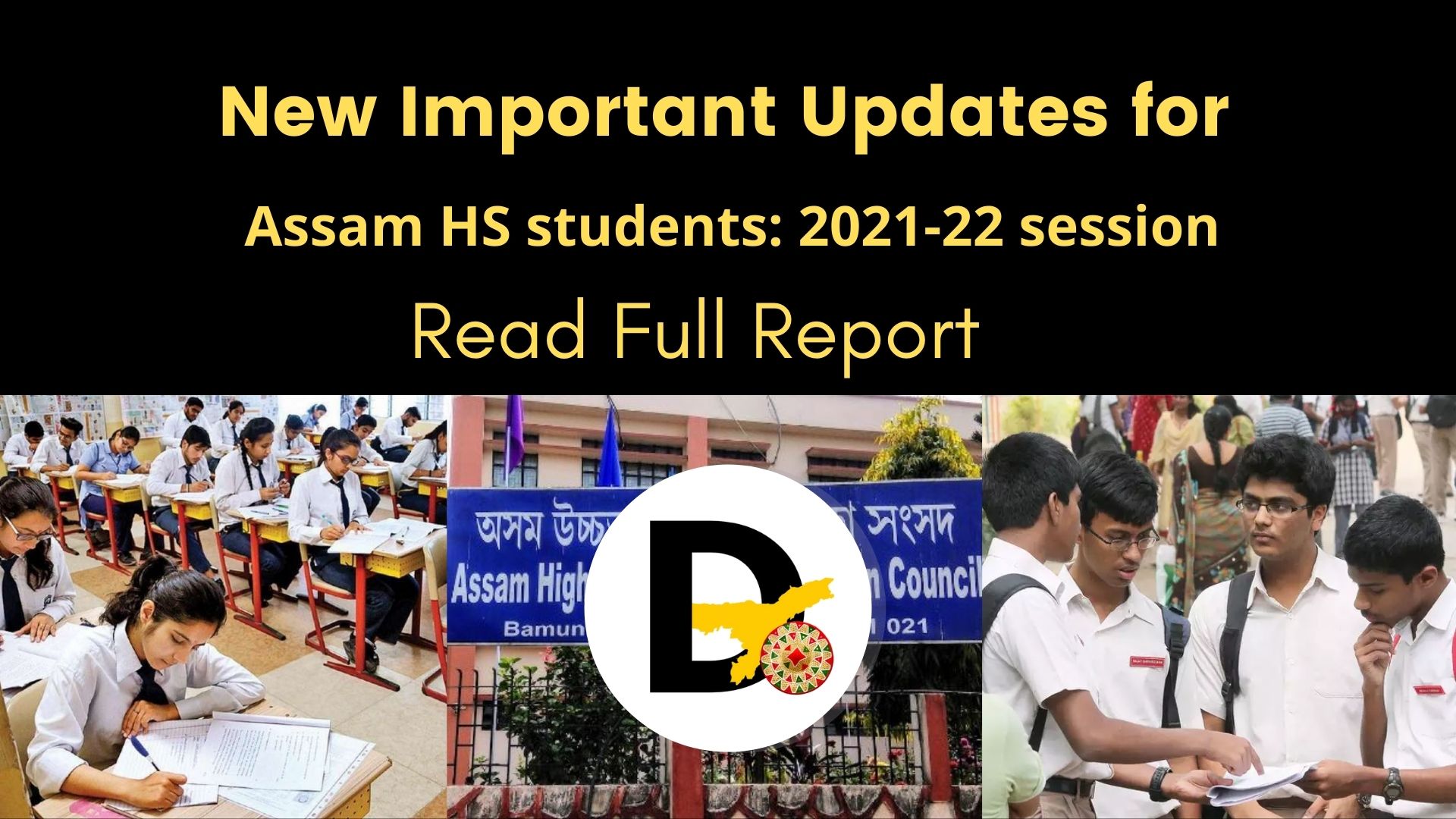 On 7th October 2021, the AHSEC(Assam Higher Secondary Education Council) gave an important announcement after making the decision regarding the examination of Higher Secondary students of session 2021-22.

According to the announcement and notice, whole of the syllabus would be covered and included in the exam for the higher secondary Second year students who would be appearing for the board exam conducted by AHSEC.

Subsequent to the announcement, the Secretary of AHSEC sent a letter numbered AHSEC/ACA / CIR/ 144/ 99/ B-111 to the Head of Educational Institution and University Registrar to direct them of the new announcement and inform the same to the students.

The situation of Covid-19 was worst in the year 2021 in Assam so the board exam for the second year students of the session 2020-21 was not held. As the  exams were not conducted so the results were declared according to their academic excellence of their previous year by AHSEC.

The conduction of board exams for the session 2021-22 is still not confirmed. The announcement of the news would be done after examining the whole situation. The classes of mainly the board appearing students have been taking place with the necessary precautions and following the protocols given by the government.

According to the Supreme court, the classes of the children below 18 years should be opened or the students should be called for classes only after they are vaccinated to avoid further increase in the cases.