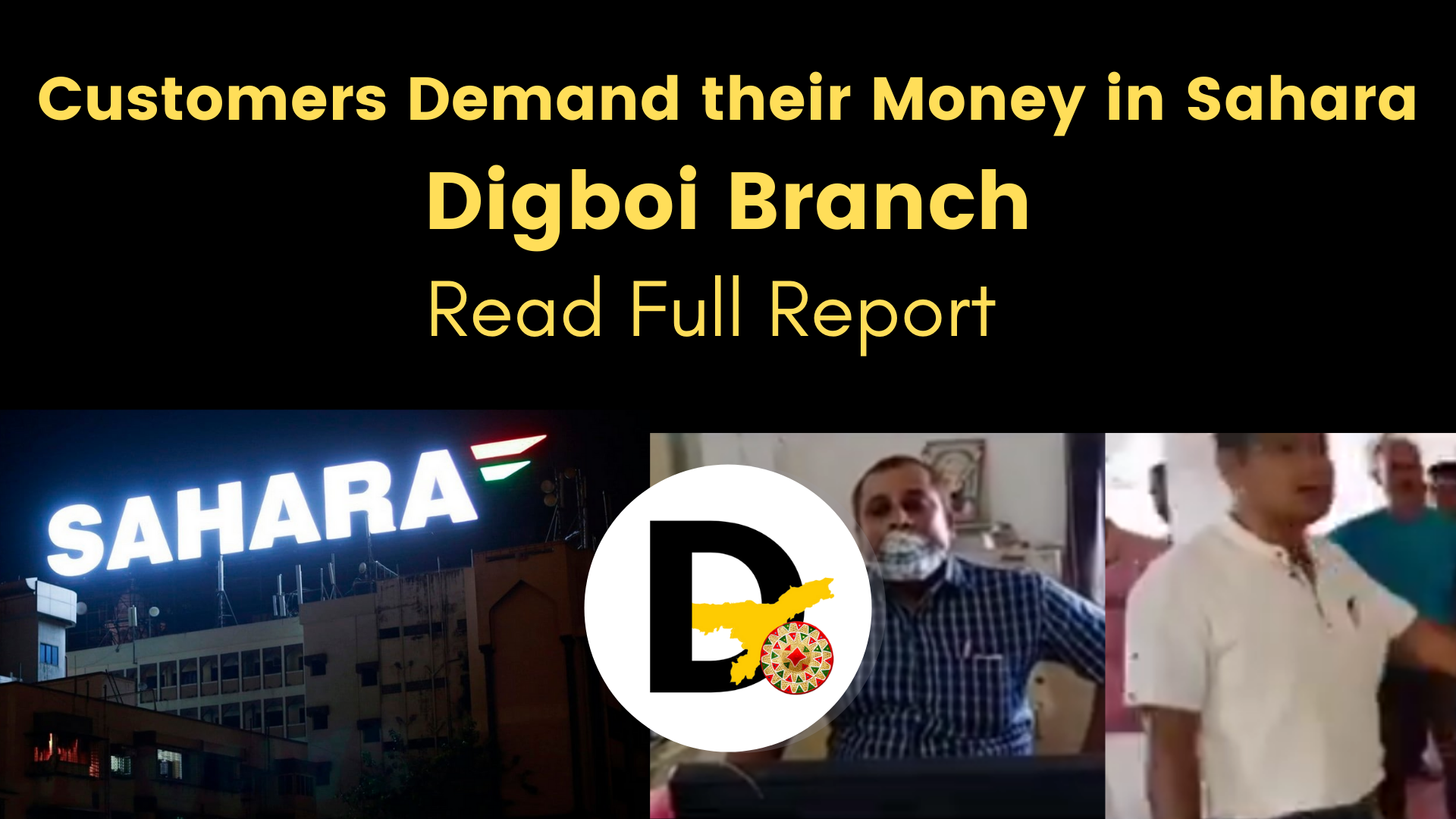 In the morning of 26th September 2021, there was a chaos in the office of Sahara of Digboi Branch by the customers who were demanding their money that had matured many years ago.

There are many investors who had deposited their money on Sahara and according to them their money was matured on 2015. The customers claimed that they had been waiting for the return for a long time but there was no reaction at all.

In today’s case there were near about 10-15 people involved who were residents of local as well as from near the town. They came together to ask for their deserved money but there was no response at all from the employees present there. The employees even said that they will look over the matter later which showed their negligence to the matter which is injustice to the people who had been waiting for their deserved return money for already a few years.

The people when questioned by the media told them that though, the maturity period of the deposits have ended and they have applied for the repayment of their savings, the company is totally turning a blind eye to this and taking the process slow on the disbursement of the money. They also shared their grievance that they had deposited their hard earned money on different schemes of the company and the maturity period of the deposit had already ended but the company is turning a deaf ear to their pleas even after so long period of time.