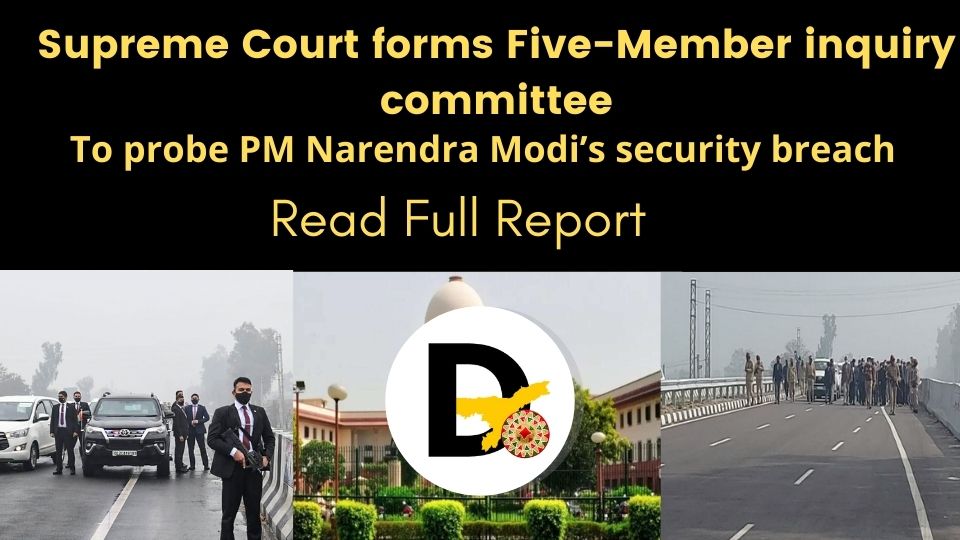 The Supreme Court has constituted a five-member inquiry committee into the alleged breach of security of Prime Minister Narendra Modi in Punjab . The committee will be headed by retired Justice Indu Malhotra A three-judge division bench headed by Chief Justice, NV Ramana delivered the verdict on the same day.

Apart from retired Justice Indu Malhotra, the committee will also include DG of NIA, Chief of Police of Chandigarh, Additional DG (Security) of Punjab Police and Registrar General of Punjab and Haryana High Court. The committee will try to find out who is responsible for the breach of the Prime Minister’s security. At the same time, they will recommend what steps should be taken to prevent the recurrence of such incidents The Supreme Court has directed the committee to submit its report as soon as possible.

Giving the order on the same day, the division bench of the Chief Justice said, “One-sided investigation is not enough to get the answers to these questions. An independent inquiry is needed to know the details more thoroughly.”

During Prime Minister’s visit to Punjab last Wednesday on 5th January 2022, the Prime Minister’s convoy was blocked by farmers protesting on the flyover demanding the resignation of a cabinet minister whose son has been accused over the deaths of farmers. Mr Narendra Modi arrived at Bhatinda airport on Wednesday morning, and was supposed to fly to the National Martyrs’ Memorial and later to the rally in a helicopter but  the trip was delayed by bad weather, and the convoy finally went by road when visibility did not improve. Narendra Modi was stuck on the road for about twenty minutes. At last he was eventually forced to return to Delhi via Bhatinda Airport after protesters did not move.

Now the fate of projects PM Narendra Modi had to flag off is now uncertain and is kept on hold until the next time.