Loading...
Skip to content
Trending
Lovina Borgohain to be appointed as A DSP- Assam cabinet
16 Killed In a Road Accident In Nadia, West Bengal
Bollywood Actor Sanjay Dutt Will Be The Brand Ambassador Of Arunachal Pradesh
New Important Updates for Assam HS Students: 2021-22 session
Deadly Fire Breaks Out In Margherita’s Dibong Fakiyal Burning Down A House
CM Himanta Biswa Sarma declared Bodo language to be introduced for Class XI, XII in selected schools in Assam: Know here!
Lakhs of rupees seized from the house of a dried fish seller in Ledo
Mandatory use of INDIAN MUSIC as vehicle horn be made a law: Nitin Gadkari
AHSEC 2021-22: New updates on Final Year Examination
Sahara India Office of Digboi Branch in CHAOS: Customers demanding their MONEY!
Home » Terror Of Red Insects In FCI Warehouse At Dibrugarh

Terror Of Red Insects In FCI Warehouse At Dibrugarh 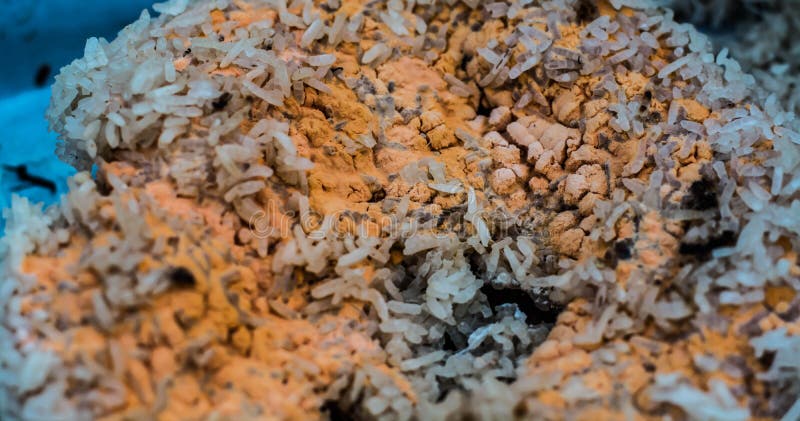 FCI which is located in Conway Road, Dibrugarh, Hundreds of thousands of insects, which grow on rice in the warehouses of the state, are spreading like wildfire in populated areas. The insects grow automatically due to several factors. They feed on the wet rice and start forming fungi upon it. The local people of the area have lost sleep over the terror and mishap of such insects. This red rice crop is terrifying, especially to children in the region. The children below the age of 12 must be protected from coming in contact with such insects, as this can be a harmful threat to them. It can cause serious illness to the children.

The local Rise today staged a protest against the stench of rotten rice and the threat of small red insects. Anger erupted against the authorities in front of the FCI entrance. The FCI authorities did not respond to repeated complaints in this regard.

According to the complaint, rotten rice was dumped in sacks in front of the warehouse. It is alleged that the rice was wasted due to the negligence of the FCI authorities. Where such red insects are easily found, it has become a cause of panic in a wide area. If the rotten rice gets circulated, is the major concern of the locales now. This has created a situation of great concern.

In addition, the local Rise alleges that such rotten rice was supplied to the farmers. Dibrugarh district administration has demanded action in this regard. This appears to be too disgusting in our opinion. Otherwise, the demand for closure of the local Rise warehouse is also made but it’s a huge deal to close down such a huge warehouse.

What’re your thoughts on this? Let us know in the comments section below.